We are hosting a choir concert in the church on Saturday 21st May, 7.30pm start time. The Police Male Voice Choir will be joined by clarinetist Gillian McCutcheon. We will be collecting donations on the door (card or cash) and these donations will go directly to Christian Aid. All are welcome.

Since its formation the choir’s main objective has been to assist local organisations to fundraise through concert performances.  To date it is estimated that approximately £510,000 has been raised. The choir performs regularly throughout Northern Ireland, with a range of secular and sacred music and has travelled to perform in Canada, Germany, Sweden, the Czech Republic and throughout the Great Britain.

In April 2019, the choir held its fortieth consecutive annual concert at which it was joined by guest bands and artistes. Having been unable to perform during the last two years due to the Covid restrictions the choir is delighted to be once again able to assist community and charity fundraising activities through its performances.

Gillian began playing the clarinet at the age of 10, studying with Christopher King. She also studied piano with the late Bertram Jones. Whilst reading for her BMus at Edinburgh University, she travelled to London to study clarinet with the late Thea King at the Guildhall School of Music. Gillian was also awarded several prizes whilst at Edinburgh, The Tovey Memorial Prize for Performance, The Gwen Clutterbuck Scholarship for study abroad and The Frazer Scholarship which enabled Gillian to continue her studies with Richard Addison at the Royal Academy of Music where she graduated with an MMus in Performance. Since returning home, Gillian has continued to perform both as a soloist and as a chamber musician. She is also in demand as a teacher, adjudicator and as a reviewer for BBC Radio Ulster. 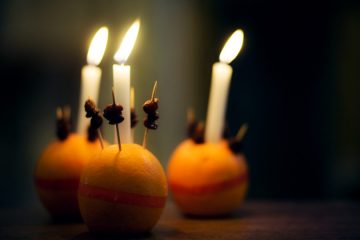 We don’t want anyone to miss out so we are holding 3 Christingle Services in the church building this year. We hope that even with reduced numbers, these services will still be special for all Read more…

If you can’t get along to church for one of Christingle services you don’t need to miss out! Our service at 4pm on Christmas Eve will be Live-streamed on YouTube and we can provide Christingle Read more… Traditional Christmas Fair with Santa’s grotto (sold out), tea/coffee and mince pies, gift and food stalls. Entry fee is £2.50 for adults (kids are free) payable on the door. We prefer card payments if possible Read more…